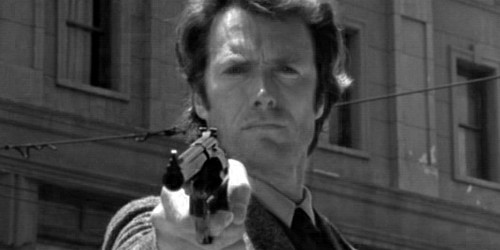 Apologies to Dirty Harry for butchering the quote for the title. But it wouldn’t make sense otherwise.

Long story short: my partner and I sold our house, licensed our business to someone else, and moved to Poland. The cost of living is low here and we don’t really have to work. The lifestyle is amazing and we love it.

There’s a difficulty in using the word “retired”. I tend to use “semi-retired” but that term has many of the same problems. Basically, a 34 year old saying they are retired is going to cause one of a number of responses in most people. Some think we’re lazy or have no ambition. Others are suspicious and think it’s some kind of (probably criminal) rort of the system that requires everyone to work for the man doing a job they hate from 8am to 6pm, until the day they drop dead of exhaustion. Some are sure we’ll squander all our savings and/or get sick of living in these here foreign parts and come back to Australia, tails between our collective legs.

A few people get it. At least one couple we know are in the process of following suit.

A hell of a lot of people say “You’re so lucky to be able to do that”. That’s the one that gets me.

Let me explain why. Luck has nothing to do with it. Luck rarely has anything to do with anything. If you win the lottery you are lucky, but you did go out and invest in a ticket which is probably more than what the person complaining that you’re lucky and they’re not did. If you find $50 on the ground you’re lucky, but you also had your eyes open and were paying attention to your surroundings. What enabled us to retire early enough to still enjoy our lives was a) working hard, b) working smart, and c) not wanting what everyone else seems to want from life, or at least think they have to want.

Let’s start with the first one, working hard. 34 might be young to retire but I’m not a spring chicken by any means. I slogged my arse off for four years at uni, then seven years working ridiculously hard for someone else, then five years building our own business.  I’m not saying we didn’t have fun along the way – but it definitely was very hard work.

Secondly, working smart. Working hard is what people used to do in the coal mines. Working hard on something that will not further your goals, whatever they may be, is pointless. My dad says that laziness is what drives brilliance in programmers, but I don’t think it’s limited just to programmers. People who can’t abide doing something the boring, time-consuming way will find a better, smarter way to do that thing and spend their time on something else.  Or they’ll outsource it. Tim Ferriss’ book The 4-Hour Workweek covers a lot of this.

The last bit is the trickiest one to explain. Honest to the flying spaghetti monster, I don’t actually want a four bedroom two bathroom house in the suburbs, an SUV in the garage and 2.5 children. I’m sure some people want that, but I’m forced to wander if they actually really do want that or if it was just limited imagination that caused them to go along with the flow. I want to live somewhere with life – which the suburbs definitely do not have – and I want to listen to music and learn every single thing about it and read every book ever written and write long rants like this one and spend all my money on geek toys, records and handmade jewellery from Etsy. I want to drink beer and do tequila shots with my friends and even when I’m 80 I want to still follow my favourite bands around the summer festivals. I want to travel to almost every country I can think of.

I feel like this is all now possible. All it took was a little lateral thinking.

But definitely no luck.